The Necessities: Art and Culture 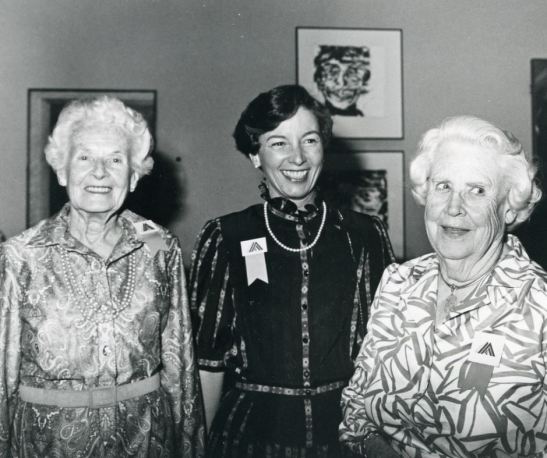 Peggy Barnes, Mary Hunkeler and Barbara McGreevy at the Nelson-Atkins Museum of Art

In 1934, the Junior League of Kansas City, Missouri’s Arts and Interests Committee gave $3.90 (which would be about $70 today) to the new Nelson Gallery of Art and assisted at its opening.

The museum was started by William Rockhill Nelson, founder of The Kansas City Star, who was convinced that for a city to be truly civilized, art and culture were necessities. When he died, the bulk of his estate was used to establish a trust, which was used to purchase amazing works of art. Around the same time, Kansas City school teacher Mary McAfee Atkins had similar aspirations for our city and donated about one-third of her million-dollar estate to purchase land for the museum.

Shortly after the opening, the League donated display cases and organized craft classes. Members also established a docent program that specialized in specific tours, including: the third-grade Indian tour, the seventh-grade Early American tour and the sixth-grade Sculpture tour. It became a model for the Museum of Modern Art in New York!

Five thousand children toured the Gallery in the first year of the program. By the end of the decade, 17,500 children annually took tours, helping many generations of students appreciate and take interest in art early on. The League’s active dedication to the Nelson spanned across several decades.

Today the Nelson-Atkins Museum of Art is a Kansas City icon and the League’s legacy lives on! As it was in 1934, a docent’s primary responsibility today remains on art education for our youth and on providing participatory tour experiences for school groups.

This entry was posted on November 15, 2016 by JLKCMO in Community Impact.