JLKCMO and the Don Bosco English as a Second Language Center 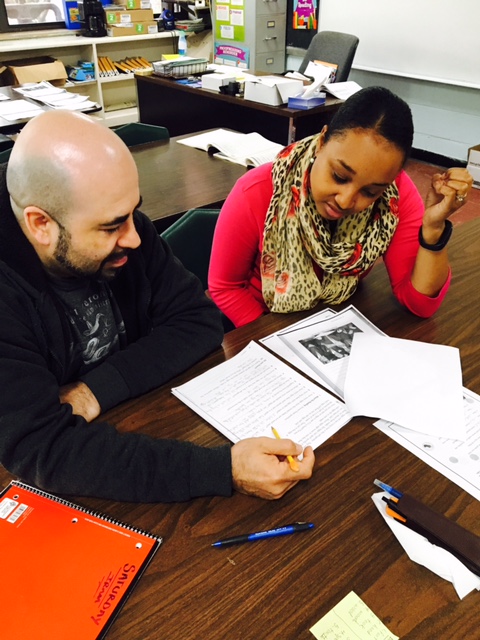 Today’s post comes from Danadra Jean-Noel. Her placement for the 2015-2016 year is in the Kansas City community volunteering at The Don Bosco Center, and I was thrilled when she reached out with a story about the work they are doing with the ESL classes. Danadra transferred into the JLKCMO from the Atlanta Junior League and has also served as a New Member advisor. I’m thankful for her contributions already in KC, including this profile of the League’s work!

The Junior League of Kansas City, Missouri, supports The Don Bosco Center by providing dedicated volunteers to help facilitate free English classes. Don Bosco tutors adult immigrants and refugees from over 75 countries and vastly differing life situations, who all benefit from the English as a Second Language (ESL) Center. Through its partnership with the Independence School District, the ESL program has grown to be the largest in the Kansas City region, and offers an eight-level English program that teaches vital language and life skills. From a 5,000 foot view, it comes as no surprise that the program is successful. Kansas City has the second largest Sudanese and Somali populations in the United States followed by relatively significant Latino/Hispanic and Asian communities as well.

For the 2015-2016 year, five JLKCMO members contributed their time to support the lives and language goals of new Kansas City immigrants primarily from these communities. Offering English language classes ranging from weekday evenings to weekend afternoons, volunteers assisted tutors by leading classroom lessons, providing one-on-one tutoring and enriching overall discussion. For me, the most fulfilling moments have been working one-on-one with students to find creative ways to convey phrases, objects or words whether that has been by Googling the idea I’d like to explain or finding a sound or song to connect the term. I’ve learned that the byproduct of tutoring English classes has been rich cultural exchange and mutual appreciation of each other’s backgrounds. I’ve learned how to greet someone in Mandarin and Spanish, and I’ve even had the opportunity to brush up on my French-speaking skills by tutoring Congolese refugees. It can be challenging at times when, as an American, grammatical rules you learned in grade school years ago have escaped you but the need to articulate what you “just know how to do automatically” is there. During those instances, we often rely on the teachers for guidance. The experience has been positive, and I hope to continue to contribute to the goals of Don Bosco beyond my placement term.

This entry was posted on April 12, 2016 by JLKCMO in Community Impact.