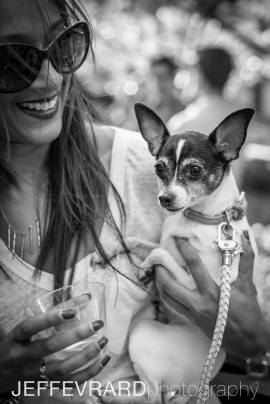 Sometimes a member story comes along that begs to be shared. Women join the Junior League of Kansas City, Missouri for a variety of reasons, and I love to hear how they came to know about our organization and why they joined. Today we’ll hear from Ashwini Parulekar. Not only is she a member of JLKCMO, Ashwini serves on the board of the Young Friends of Art (YFA) at the Nelson-Atkins. She was instrumental in putting together our social with YFA in early October.

Why did you join the Junior League?
Four years ago, I ended a year-long relationship with an emotional abuser. It eroded my confidence, chased away most of my friends, and I was left feeling like less than a person. I somehow managed to get my life back but only with therapy and a lot of help from friends and family. It occurred to me even then that I was one of the lucky ones because I had the skills and support to reclaim everything he took from me. As I watched the same things I went through start to happen to one of my friends, I realized that I had a responsibility to other women going through the same or worse. Through Junior League’s community partnerships, I’m able to do that. Whether it’s volunteering at a shelter or helping a woman pick out an outfit that gives her the confidence to get back out there and reclaim her life, the League’s initiative to empower women allows me to be a part of that process.

How did you get involved with YFA?
I always went to the museum a lot, and I had been attending YFA’s signature events, Party Arty and Summer White Party for several years. They were always such a great time, but it wasn’t until I met and befriended another board member that I actually considered getting involved. Three years ago I submitted my leadership application for YFA and was accepted as an Ambassador. One year later, I was voted into the position of Co-Chair of Marketing and Communications on the YFA board. I am currently in my second year in that position.

What’s been something interesting that you learned so far this year? Or something that surprised you?
Whether it’s through volunteer hours or dollars raised, I think the biggest surprise for me was how far the League’s community impact extends. There is literally something for everybody here!

Unfortunately, these days it seems that there are so many women out there who would rather tear another woman down than help to build them up. I look forward to being involved with an organization that goes against that and empowers women while also addressing the needs of children. The women I’ve met through the League so far are all such amazing, powerful women.

This entry was posted on January 5, 2016 by JLKCMO in Membership, Volunteer Spotlight.