Meet the Board | Colleen Goldblatt

Colleen is spending this year assisting Jessica Earnshaw, the current Director of Marketing, and will move into the Director role in 2014-2015.

A native Kansan, Colleen grew up in Topeka. After high school, she moved to Austin, Texas to attend The University of Texas at Austin (Hook ‘em Horns!). She moved to Kansas City in 2000 and joined the the League in the fall of 2001.  (Due to a move, Colleen actually had two New Member years – one in Kansas City, and another in Austin, TX.)

However, her tenure with the Junior League actually began long before 2001. Colleen’s first “unofficial” League placement was sorting hangers at the Next to New sale in Topeka, where her mom was an active member, then President, and now a Sustainer. It was this exposure to the League – to the amazing, strong women who were part of her mom’s League experience that drew her to the Junior League as an adult. New to Kansas City, she knew the League was a place she could make friends. But not just any friends… she wanted to connect with like-minded women who were driven and eager to make a difference in the Kansas City community.

ENTER TO LEARN. GO FORTH TO SERVE.

Through her 13 years in the Junior League, Colleen has fallen head over heels for this organization that empowers women to discover their own potential – growing, experiencing, learning, leading and then lifting up the women who come after them. Even more, these women who then move into the community, continuing the ripple effect of our members on Kansas City.

Colleen’s favorite placements include Nominating Committee and Leadership Institute Co-Chair. Both placements reinforced her belief that when you surround yourself with amazing people, you can accomplish big things.

Outside of the League, Colleen has been an active volunteer with her neighborhood, church, and daughters’ schools – including a year as Troop Leader to her daughter’s Girl Scout troop. She is a member of the Business Marketing Association and Women In Sprint Excelling (WISE). Colleen is also a member of the 2014 Jazzoo steering committee. Through her own endeavors, she hopes to instill a love of voluntarism and civic leadership in her own daughters, and the next generation.

Colleen has been a marketing manager at Sprint for just over six years. She loves to travel, lives for spontaneous dance parties in the kitchen with her daughters, can build a mean snow fort, and makes the best margarita on the block. 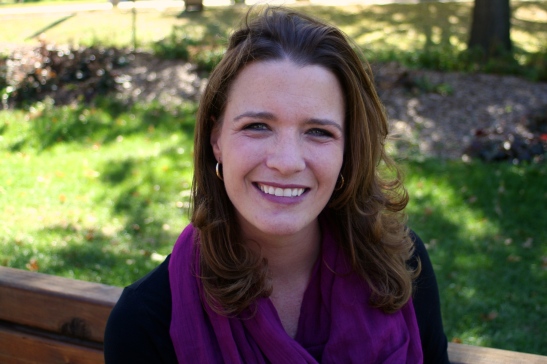